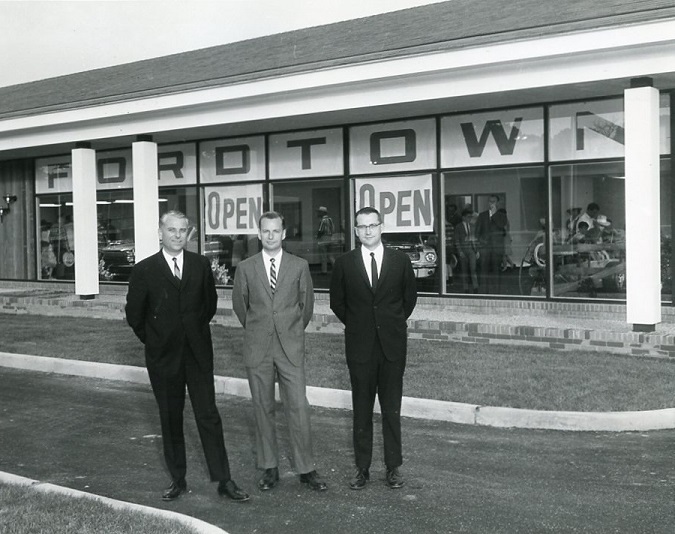 Pletcher Ford was Philadelphia's Shelby franchise dealership. They were located on Fairway Boulevard in Jenkintown, Pennsylvania. From left to right are Jim Pletcher, Bill Pletcher and Charlie Pletcher. The dealership started in 1923. 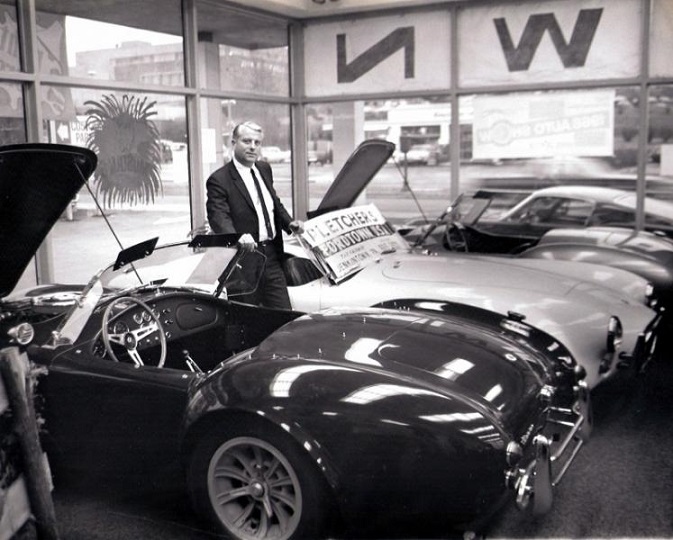 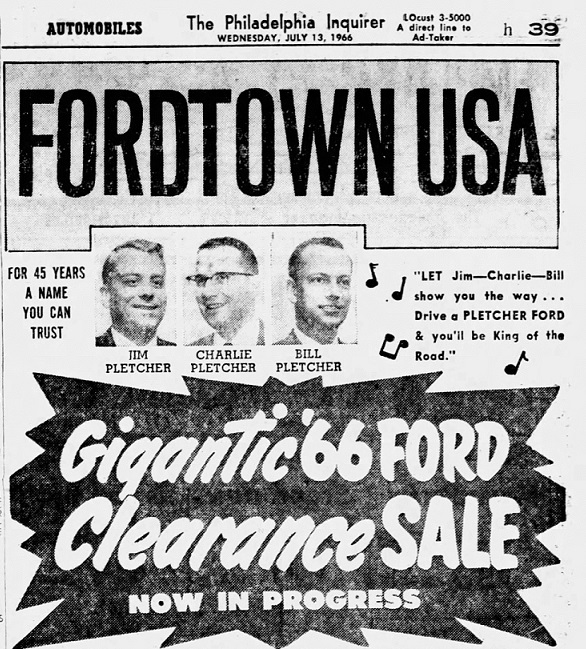 This advertisement claims Pletcher could make you "King of the Road". It is from 1966! Sing it with me. 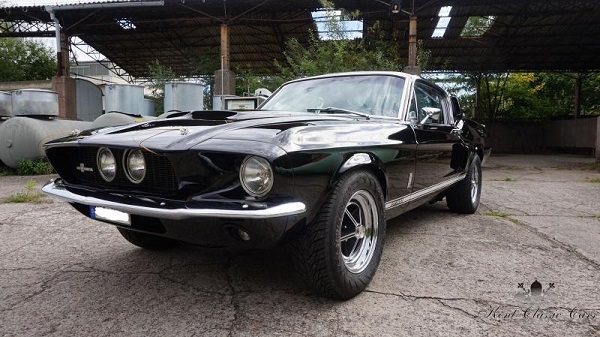 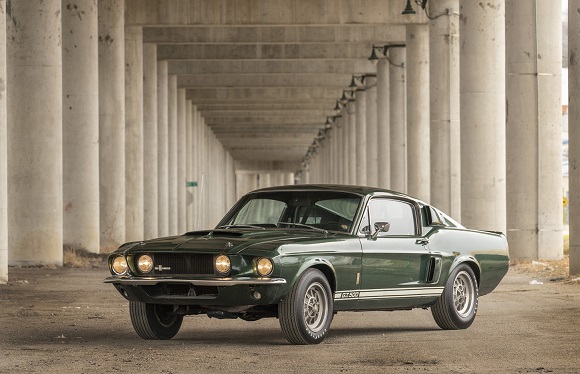 The 1968s came in with great fan fare. Most of the Shelbys sold by Pletcher were sold in 1968. Number 139 is red. Who doesn't appreciate the red convertible? 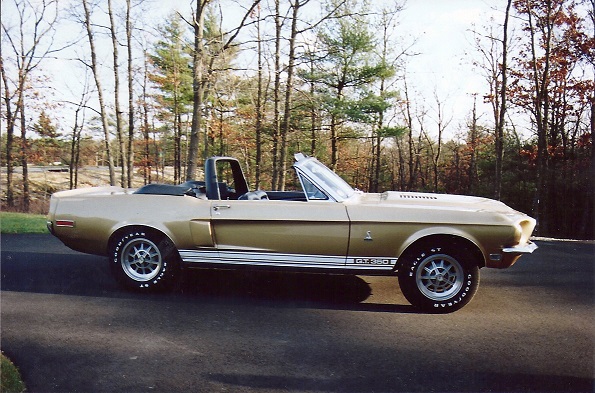 Number 2009 looks great in its original Sunlit Gold. The white rocker stripes are correct for a Gold car. 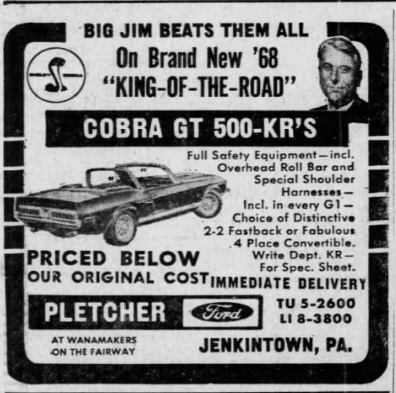 Three years after the Pletcher's made you "King of the Road", it was time for the real King to show up. 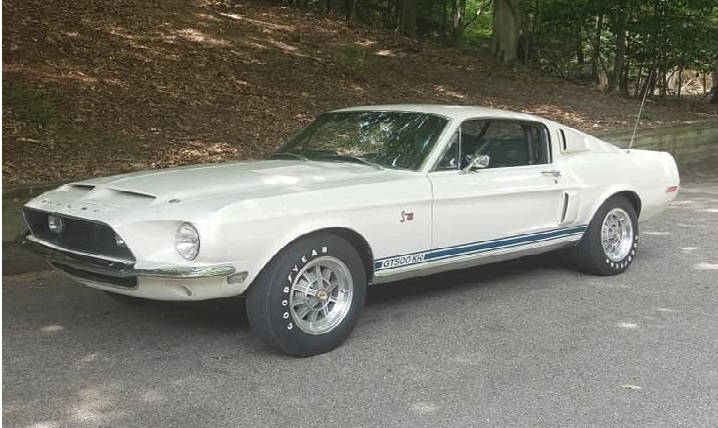 Believe it or not, but # 4379 is still wearing its original Acapulco Blue paint. Now that is cool. 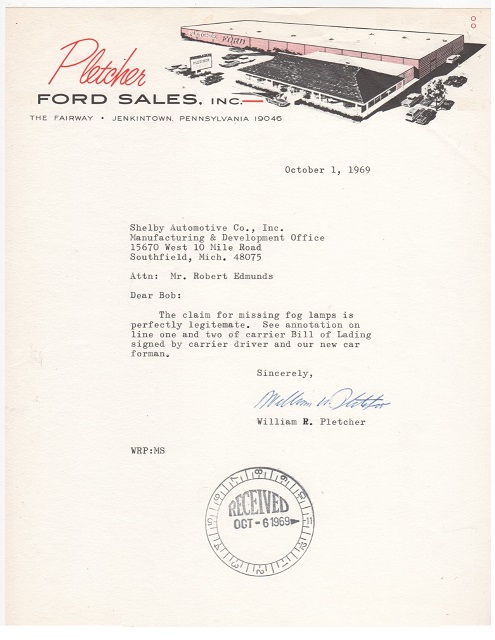 According to this letter, Pletcher was missing some fog lights off one of the cars. It was not uncommon for things to go missing during transport to the dealerships. Pletcher only sold 31 Shelbys in 1969. 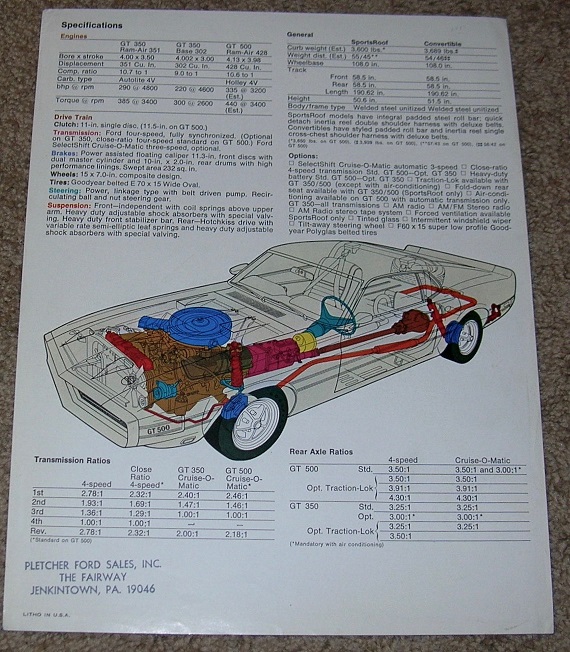 This 1969 dealer spec card was sent along by Craig. It has the dealer stamp on the bottom.

This letter is not dated, but it indicates Pletcher's inventory of Shelbys were all sent to Courtesy Ford in Littleton, Colorado. This most likely happened in the winter of 1969. 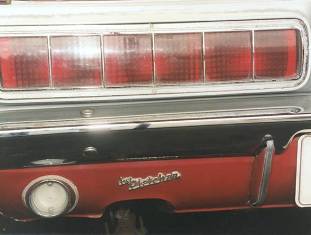 Dominic sent me this Pletcher Ford script. Pletcher mounted these below the rear bumper. The car is 68 # 901.

Overall, Pletcher's run as a Shelby dealer was very sucessful. They sold 213 Shelbys and ranked just outside the top 10.

The dealership closed a long time ago and several Ford dealerships have come and gone to the original location. Today, John Kennedy Ford is on the Fairway in Jenkintown.