How to determine if your car is "numbers matching"

You have almost certainly heard the term "numbers matching". Let's take a look at what matching numbers are and why it might be important to you. Like many of the terms frequently used in the classic car industry the definition is often misinterpreted. I will go into more detail on body numbers in a future article.

In the strict definition, the term matching numbers means a car retains all of its original factory parts. These would be the same parts installed by Ford on that specific car. 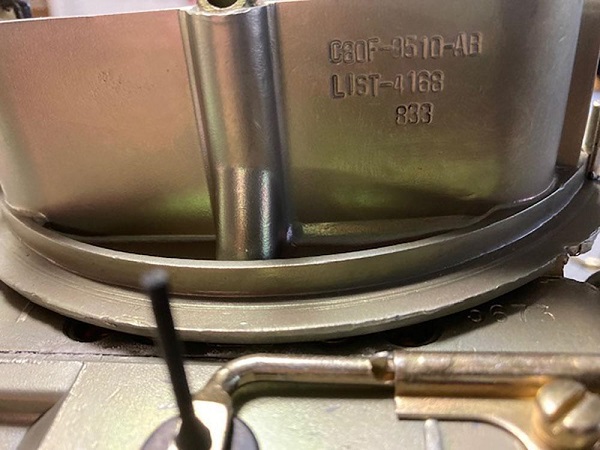 Many of the factory parts have date codes. These date codes under normal circumstances need to pre-date the build of the car. In the case of drivetrain parts, all casting dates should also match the original configuration of the car.

The question of serial numbers oftens comes up during this conversation. It is my belief that in the case of 1968 and 1969 Shelbys, Ford stamped vehicle identification numbers on engines and transmissions. 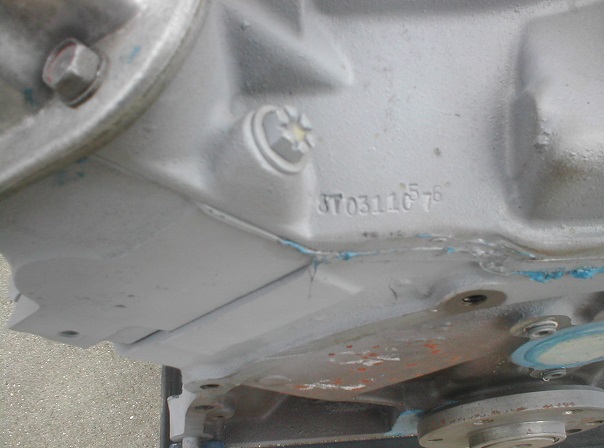 Early 1968 Vehicle identification stamp on GT500 intake manifold . This car was built in September of 1967.

Let's take a closer look at that statement. At some point in time, Ford was actually required by law to stamp these numbers into drivetrain components. This was part of the government's anti-theft laws. I have examined several hundred 1968 Shelbys and seen many more. It is my belief that Ford began this process at the beginning of the 1968 model year. This means the process was actually started in late 1967. There are also examples of this being common practice on some models before this date. The requirement was to stamp the "engine". It appears intially Ford's interpetation of this requirement was to stamp some part of the engine assembly. The assembly included the cylinder heads, intake manifold or block. Later, the stampings seem to have been moved to the engine block. 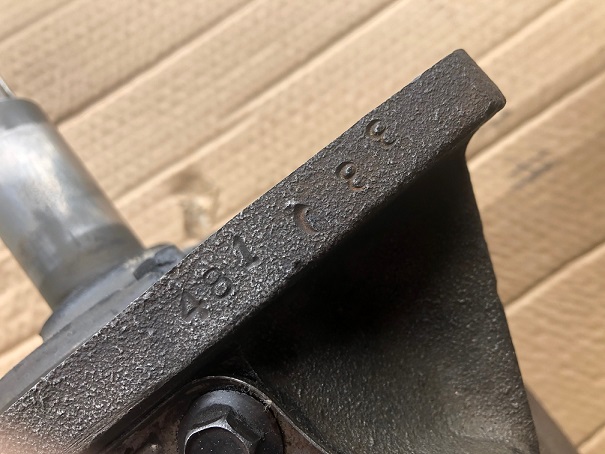 Were all cars engines and transmissions stamped? 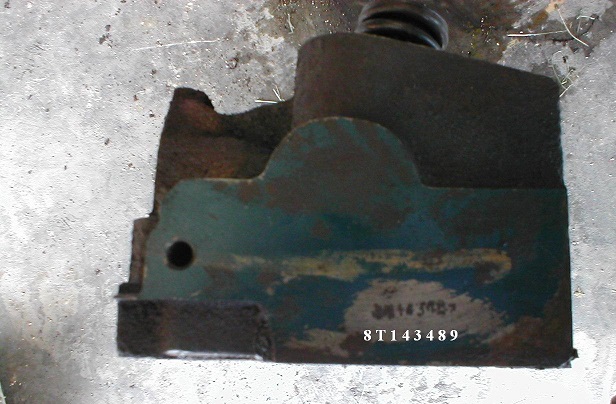 I was not present on the assemblyline. However, I do have examples from very early in 1968 production all the way through the end of 1969. Often times people that claim there are no numbers have an agenda or they do not know where to look. Even more frustrating is the numbers are often lighty stamped or misaligned, making it difficult to find them. If you are dealing with pieces of a motor finding the numbers can be very difficult. These numbers were designed to be hidden. Paint, rust and rough castings can obscure numbers. Cars that have drivetrains intact are difficult to decode.

Casting date on cylinder block in the year/month/day format.

There are also casting dates on items like cylinder heads and water pumps. Casting dates on engine blocks can be seen with some with some effort and need to fall into a specific date range for the model you are decoding. 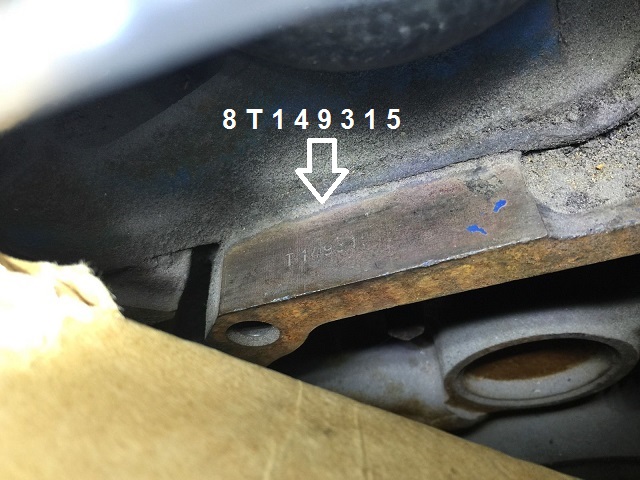 Vehicle identification on a GT350 engine. This engine was painted and rusty making the numbers hard to see.

In many cases, numbers matching is not a concern to the owner of a car. Many performance cars, like Shelbys, have had repairs over the years. Replacement engines and transmissions are not uncommon. The price guide on this website takes this into account. A car that is truely matching numbers will typically sell for a little more than the price listed. It all goes back to what your priorities are.

Replacement castings are available with some effort. Technically, a replacement part is not numbers matching. In many cases, they are passed off as originals. By finding and documenting these casting numbers and serial numbers you can tell if your car has matching numbers. As always the best confirmation is knowing the history of the vehicle.