Details of the 1969 GT350 Engine with a 4 Speed Transmission 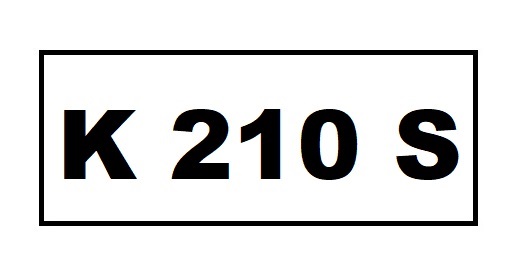 Ford identified the 1969 351 Windsor engine by the code "K210S". You can find this code on the vehicle build sheet. The build sheet would have directed the assembly line workers to install the 4 speed version of the Ford 351. The 4 speed engine assembly would have a flywheel, a different carburetor and a unique distributor installed on the engine assembly. 1969 351W engines did NOT have thermactor emissions (smog). These engines were certified with Ford's IMCO system. Engines were pre-assembled and installed as units by the production line workers in Dearborn. You will not find the paper engine ID tag on this motor. It was originally on the stamped steel valve cover, which was removed during the Shelby conversion process.

All Shelby 351, 4 speed engines were built to the same specifications. The cars with the air conditioning option were also the same. The code number would also be present on the engine tag. Factory options, like power steering and air conditioning, do not change the basic engine configuration.

The block should have the casting number "C9OE-6015-B". This number is cast into the side of the block, behind the starter motor. The block also has a casting date. That date should fall before the build date of the car. Here "9A24" translates to January 24, 1969. This engine block belongs to a 1969 GT350. The car was built February 1969. 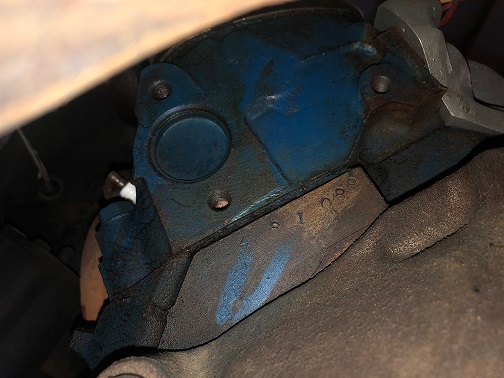 Engine blocks are also stamped with serial numbers. This number is on the rear of the block, near the firewall, when the engine is installed. This area is usually painted, so the numbers can be hard to locate.

The carburetor is a Ford Autolite. It carries the identification number C9ZF-9510-C. That number is on the carb base plate and the metal tag. 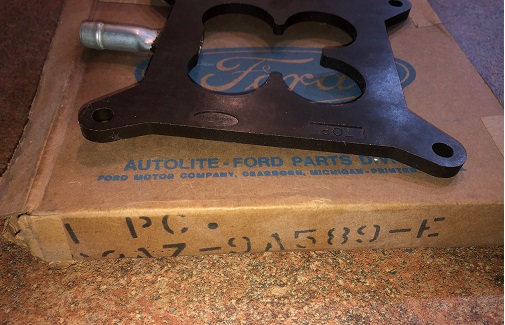 The carburetor spacer is the same as the 1968 GT350. It has a straight fitting for the pcv hose on the back. 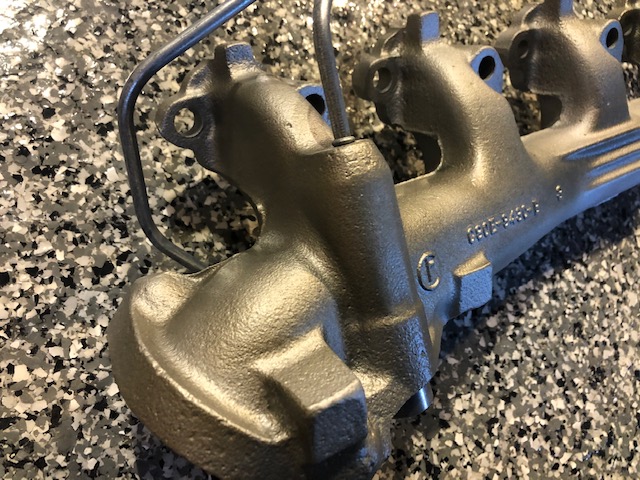 The carburetor choke tubes come off the right, exhaust manifold. One of the tubes is tucked behind the manifold. The manifolds are stock 351 cast iron parts.

The aluminum intake manifold is cast witht he word "Shelby" on the front. It was made by the Buddy Bar casting company.

In 1969, the thermostat housing was painted blue with the orginal intake and it was reused when the car changed to the (unpainted) aluminum, Shelby intake manifold.


The distributor for a 1969 4 speed GT350 without air conditioning is the C9OF-12127-N. It has a "single" style vacuum advance. No vacuum tree is present on the front of the intake manifold.


The distributor for a 1969 4 speed GT350 with air conditioning is the C9OF-12127-M. It has a "single" style vacuum advance. The vacuum tree is present on the front of the intake manifold. 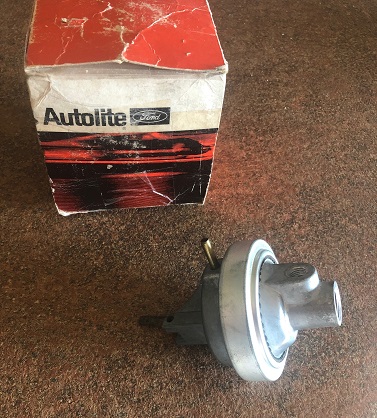 
In 1970, the distributor for a 4 speed GT350 without air conditioning was changed to a "ED" DOAF-12127-H. This distributor has a "dual" style vacuum advance. No vacuum tree was added. It is part of the updated emissions standard.

In 1970, the distributor for a 4 speed GT350 with air conditioning was changed to a "ED" DOAF-12127-H. This distributor has a "dual" style vacuum advance. A vacuum tree was used. It is part of the updated emissions standard.